Between 1956 and 1958 Kaprow was studying musical composition with the avant-garde composer John Cage at the New School for Social Research in Manhattan. The notions of chance and indeterminacy as a valid means of aesthetic organization (and disorganization) that Cage advocated were instrumental to Kaprow's subsequent thinking and artistic activity. No kind of experimentation was anathema to Cage, the most radical and influential native modernist in American music; at the time, his direction was "towards theater" -- where, he believed, could be found the most effective integration of art and "real" life -- and all his students were thus propelled. In 1957-8 Kaprow began to create environmental works that demanded audience participation (an idea also stemming from Cage's experiments), and this integration of space, materials, time and people eventually led to the more experimentalpaint-dripping methods of Jackson Pollock, as well as by the Abstract Expressionists' emphasis on the act of painting itself, Kaprow became a crusader for artist-spectator involvement over an extended field of operation. Pollock and the avant-garde composer John Cage were the two major influences that steered Kaprow to the first happenings. The work of Pollock, the apotheosis of an art of action, provided Kaprow with a rationale to progress beyond traditional painting. An exhibition of Pollock's work provided the inspiration for Kaprow's own experiments in the total, enveloping environment they created. In a 1958 ArtNews article, "The Legacy of Jackson Pollock," Kaprow wrote that his canvases were so huge and all-embracing that "they ceased to become paintings and became environments"; they pointed the way to a new form of art in which "action" would predominate over "painting." "Objects of every sort are materials for the new art: paint, chairs, food, electric and neon lights, smoke, water, old socks, a dog, movies, and a thousand other things...." In fact this was the way Kaprow's own art was developing: 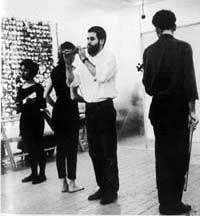 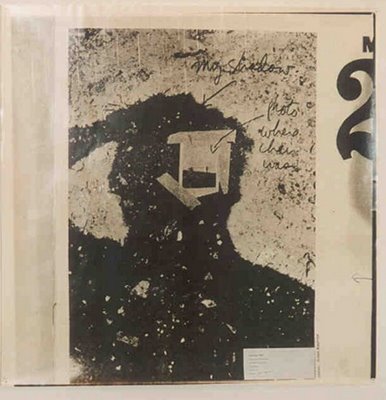